When I got my Windows 7 Phone a few months ago, I started playing around with a few things to see what it could do and what the SDK was like. A little while later I was listening to Bassdrive and I thought I’d see how quickly I could make an app similar to the iOS version I use on my iPhone. I spent an evening on it at first, a few months ago now and tonight I’ve just got around to finishing it.

Don’t expect anything too good, as I did it for fun in a few evenings, but with something as basic as an app that streams a single radio station it’s the content that matters most (as long as it doesn’t crash).

I have also made this page so I can post some more details on the app, as it doesn’t work if you have a proxy set in your Cellular APN.

Here is a screenshot… 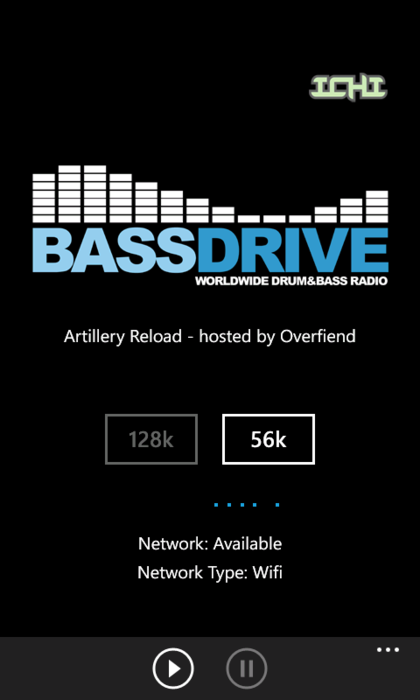 This app is unofficial and logos, etc. are used with permission from Bassdrive.com